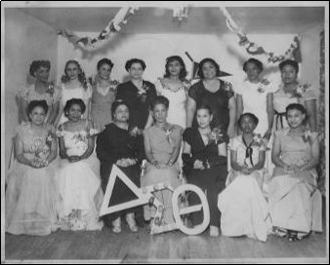 Delta Sigma Theta Sorority, Inc. was founded on January 13, 1913, by 22 collegiate women at Howard University. These students wanted to use their collective strength to promote academic excellence and to provide assistance to those in need. In March of 1913, the Founders of Delta Sigma Theta Sorority, Inc. performed their first public act by participating in the Women’s Suffrage March in Washington, D.C.

Our chapter was chartered as the Beta Delta Sigma Chapter on May 15, 1941. In 1957, a Grand Chapter mandate required all graduate chapters to be known as alumnae chapters of the city in their service area. With that mandate, Beta Delta Sigma became Savannah Alumnae Chapter.

Savannah Alumnae has been providing outstanding service to the Savannah community for 80 years, following not only the mission of our sorority, but also following the vision of our trailblazing Founders. Our chapter has more than 275 active members–women who serve with distinction throughout Savannah and the Coastal Empire as leaders in the fields of education,
politics, healthcare, engineering, entrepreneurship, communications, the arts, community activism/outreach, and more!